Situated on the eastern shoreline of the Adriatic Sea with Serbia to the north and Greece to the south, “Albania is composed of two major regions: a mountainous highland region … and a western coastal lowland region” (Info Please). As a country rich with history, including a communist dictator (Enver Hoxha), “who ruled the country from the end of World War II until his death in 1985,” (http://www.tonic.com/p/concrete-mushrooms/), it’s no wonder that future generations are becoming increasingly more creative on how to develop their country as an eco-friendly destination for travellers worldwide. 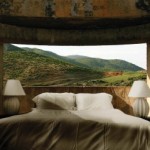 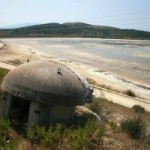 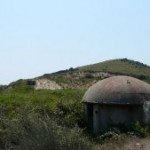 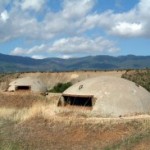 According to Lonely Planet, Albania ranks #1 in Best in Travel (The Sydney Morning Herald). Perhaps that had something to do with two grad students, Gyler Mydyti and Elian Stefa who came up with the project, “Concrete Mushrooms.” Thanks to Enver Hoxha’s paranoia of an invasion on Albania, some 750 000 concrete bunkers were created to protect the country’s people. As there was no invasion, the bunkers have simply sat scattered (1 to every 4 Albanians) around the country.

Mydyti and Stefa saw the unused masses of concrete as an opportunity to create an environmentally friendly tourist attraction. Thus was born the project of Concrete Mushrooms. Aiming to turn the bunkers into affordable hostels, cafes, small shops and so much more – these grad students have put through a proposal to change a constant reminder of a dictator’s paranoid ruling into something all Albanians can be proud of today. Talk about reducing, reusing and recycling.

In having a look over Concrete Mushroom’s Facebook Page, there are notes even indicating that some bunkers are being broken down to be used for their iron content. Mydyti and Stefa have kick started the country into high gear – publicizing the need to do something about the wasted bunkers. Sometimes the best eco-idea is simply using what is already in place. Sometimes it is simply about being creative with what one has. Sometimes there is no need for fancy technology, updated methods or brand new ideas. Sometimes what some long-gone dictator put in place for a very different reason can become something so much more. Something that benefits everyone involved.

For more information on these Concrete Mushrooms – check out the links below: